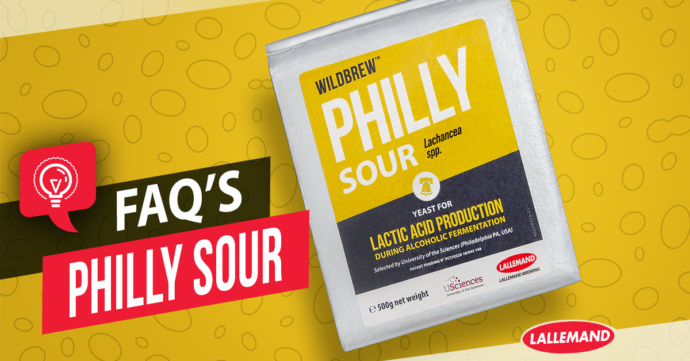 Following the launch of our new brewing yeast WildBrew™ Philly Sour, we have put together a list of frequently asked questions to answer your queries.

1.Is the Philly STA1 negative?

– Yes, the STA 1 gene is undetectable in WildBrew™ Philly Sour

2.Is this a « wild » yeast? What precaution should I use?

– Slow growing and killer negative, tends to be out competed by other brewing strains.

– Treat according to best practice for handling wild yeast.

3.How can I control the level of lactic acid?

– Glucose can be added as an adjunct at rates up to 5%, or lower mash temperatures could be used to achieve higher levels of glucose.

– Co-pitching with small amounts of another brewing strain will reduce the amount of lactic acid produced due to competition for sugars (in the lab, 10% Nottingham cut the lactic acid level by about 50%)

4.Can I bottle condition using this strain?

5.What is the pH range and how much acid does it produce?

6.What flavor does it produce? 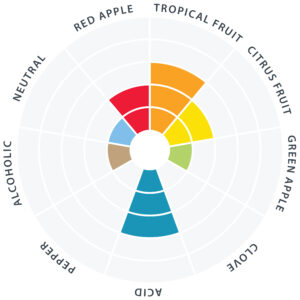 7. Was the “Philly Sour” yeast patented by Lallemand?

– No, “WildBrew™ Philly Sour” is the result of a University of the Sciences in Philadelphia (USciences) research program. USciences has applied for a patent protecting a method of brewing Sour beer using a “unique” and specific strain of Lachancea (described as a new species).

– Lallemand has executed a license agreement with USciences which gives us the exclusive rights to commercialize “WildBrew™ Philly Sour” and distribute this unique yeast strain to brewers around the world.

– It is a novel yeast species (that has not been described yet).

– It is an innovative tool and approach to obtain a Sour beer.

– It is the first non-Saccharomyces yeast produced in dry form within the quality specifications for brewing.