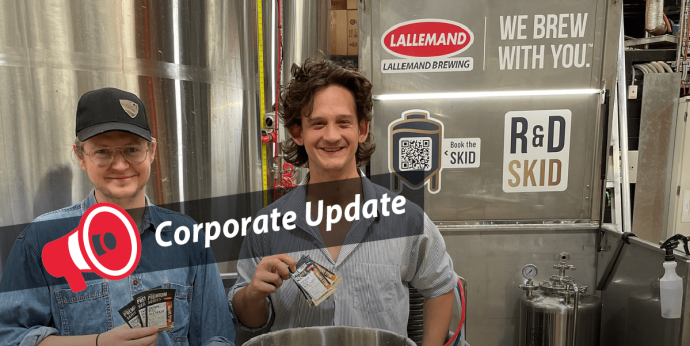 During the height of the COVID-19 pandemic, breweries in Australia, like many around the world, found themselves having to drastically scale back or even halt production on their main kit. Whilst a challenging time for all, this created an opportunity that many would not have during regular production; the opportunity to carry out R&D test brews. The hurdle that remains for many, however, is having the investment to put into small-scale brewing equipment.

What is the R&D Skid? 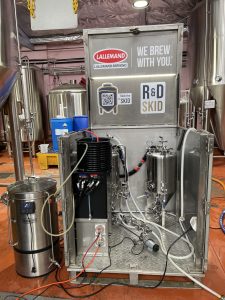 Devised by the Australian Technical team at Lallemand Brewing, the R&D Skid is a small-scale, mobile R&D brewing facility that is able to be deployed to any brewery in Australia to carry out these trials. The R&D Skid was born and consists of a 70-L, all-in-one brewing system with two 50L conical fermenters, glycol cooling, and full temperature control within a stainless-steel cabinet. Consideration was given to ensuring that connections, CIP, and setup were familiar and straightforward for commercial brewers of all sizes.

Why is it interesting for brewers? 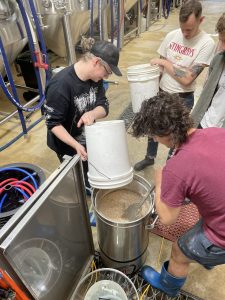 Brewers are often cautious to change something as significant as the yeast strain for a core range beer. Being able to spin off 50L of wort from their main brew to the R&D Skid keeps the number of variables in the recipe and process to a minimum. The beers can then be assessed side-by-side and all performance parameters compared, including sensory characteristics of the final product. The inclusion of the all-in-one brewing system allows the brewer to assess how process changes can influence yeast performance and the final beer.

At the time of writing, the R&D Skid has assisted four breweries in the state of Victoria to trial and evaluate the performance of new Lallemand yeast strains including LalBrew Voss™, LalBrew Farmhouse™, and LalBrew Belle Saison™. The unit has also been displayed at a brewing conference in Western Australia and is now set to be utilized by several breweries in the state before continuing its journey around other Australian states.