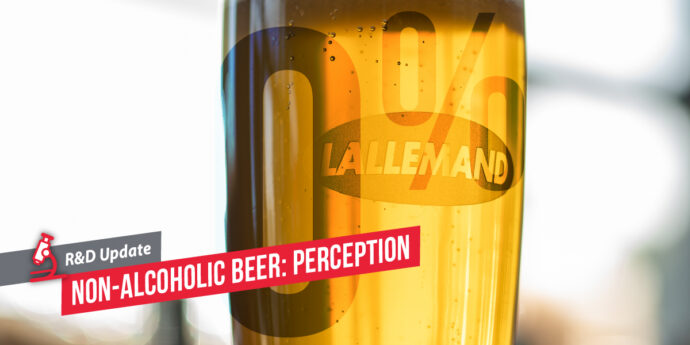 Non-alcoholic beer tends to evoke strong mixed opinions. On one hand, when done well, it can be a refreshing, healthier alternative to its boozier cousin. But on the other hand, it appears as a mockery of all that the goddess Ninkasi herself was once revered for. Regardless of how it is prepared, sensory descriptors of non-alcoholic beers share many similarities: “grassy”, “vegetal”, “metallic”, “tinny” – not exactly appealing. Despite this, the market share appears to be growing among health-conscious consumers. So much so, that non-alcoholic beer comprises an estimated 5-7% of global beer sales. Recent analytics reveal a strong five-year annual growth of 20% (2011-2016) with a predicted compounded annual growth rate of 8.1% through 2030. This is big growth for a seemingly niche sector.

Indeed, data does appear to support this growth potential; a 2013 study found that over half of European beer consumers would preferentially choose non-alcoholic beer if the sensory was comparable to full strength beer. A similar study conducted in 2018 found that the largest beer drinking demographic in the United States (25–34-year-olds) viewed high alcohol as a negative, with 54% of that demographic seeking to reduce alcohol consumption overall while still desiring to consume beer. In the Middle East and North Africa, non-alcoholic beer constituted 42% (1.6 million hL) of regional beer market share in 2017.Though lightly alcoholic beers have been consumed for centuries, the modern discourse on non-alcoholic beer arguably began in the early 20th century as a direct result of the enactment of prohibition in the United States. What we consider “non-alcoholic beer” or “low-alcohol beer” (aka NABLAB) may vary depending on the country of origin, but the generally (and arbitrarily) accepted definition in European and American markets defines non-alcoholic beer as containing less than or equal to 0.5% ABV and very low alcohol beer as having 0.5 to 4.0% ABV. Given the growth potential and valuation of this market sector, industrial research and development is warranted. The real challenges lay in producing beer that adds to this market growth.

Producing a truly palatable NABLAB requires different production strategies, the most common of which is physically removing the ethanol post-fermentation. But for many smaller breweries, the primary strategy is to reinvent the wheel by producing organoleptically identical (or near-identical) versions of alcoholic beer. To accomplish this requires a combination of both physical controls (e.g., rectification, reverse osmosis, supercritical fluid extraction) and biological controls, (e.g., fermentative organism, recipe control, arrested fermentation), both of which have their advantages and disadvantages. At Lallemand, we seek to improve and develop the biological controls necessary to maintain and develop desired aroma and flavor profiles while minimizing ethanol production. The biological approach represents minimal physical intervention and requires almost no change to existing infrastructure. The biggest advantage of the biological approach is that it is cost effective at smaller scales.

We Brew With You™

The long-term goal is to provide brewers with the biotechnology necessary to develop and implement recipes that suit them and their target markets. Research into new Saccharomyces cerevisiae strains, novel non-Saccharomyces species, biotechnology, and fermentation aids in combination with traditional physical controls will go a long way to developing a diverse range of non-alcoholic beer brands ready for an expanding market niche. Education is key to innovation, and as part of our We Brew With You™ campaign, we aim to provide up-to-date resources for brewers seeking to diversify their brand portfolios and market presence.