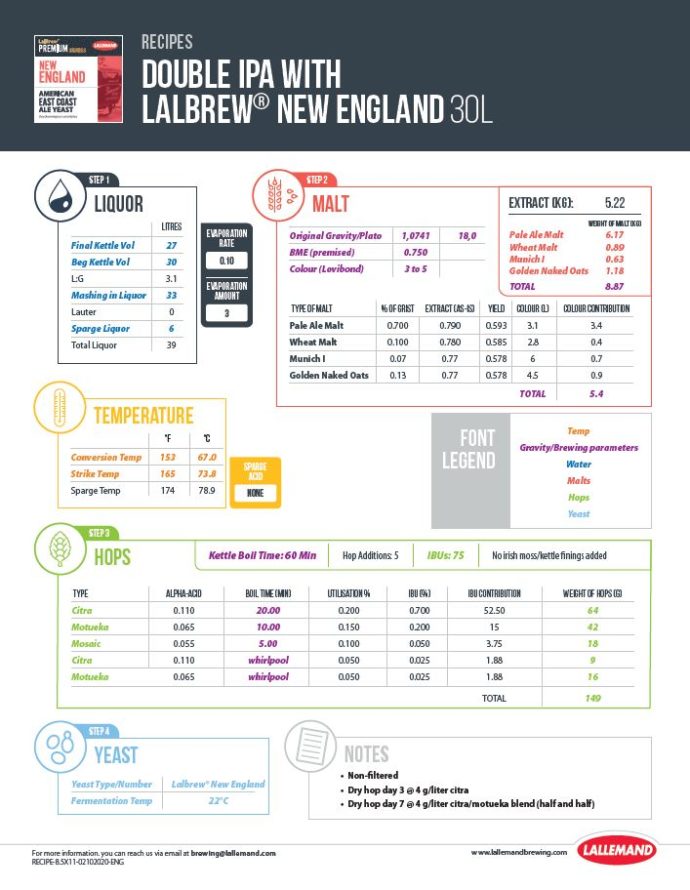 LalBrew® London is a true English ale strain selected for reliable fermentation performance and moderate  ester production that lets the flavors and aromas of malt and hops shine through. LalBrew® London was  selected from the Lallemand yeast culture library, and is an excellent choice not only for brewing  Extra Special Bitter but for other authentic heritage UK styles like Pale Ale, Bitter and Mild. LalBrew® London may also be used in the production of Ciders.

LalBrew® Wit (new version of Munich) yeast is a relatively neutral strain which can be used to produce a wide variety of wheat beer styles. Esters and phenol production is lower than for traditional hefeweizen strains such as LalBrew® Munich Classic. LalBrew® Wit provides a baseline profile of banana and spice aromas, but leaves space for the brewer to showcase other spice additions. Traditional styles brewed with this yeast include but are not limited to Belgian White, American Wheat, Berliner Weiss, Gose, Hefeweizen, Dunkelweis, and Weizenbock .

LalBrew® Nottingham is an English style ale yeast selected for its high performance and versatility for a wide variety of styles and fermentation conditions. Traditional styles brewed with this yeast include but are not limited to Pale Ales, Ambers, Porters, Stouts and Barleywines. In addition to these traditional styles, Nottingham can be used to produce Golden Ale, Kölsch, Lager-style beers, IPA, and Imperial Stout, among many others. LalBrew® Nottingham is a relatively neutral ale strain that is stress tolerant making it a good choice for high gravity, sour and other challenging fermentation conditions. 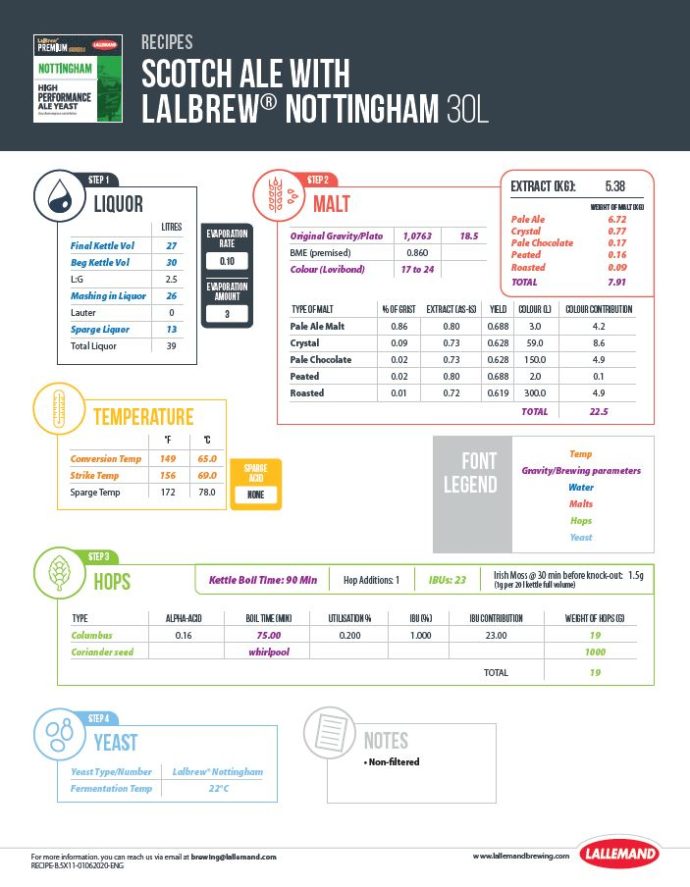 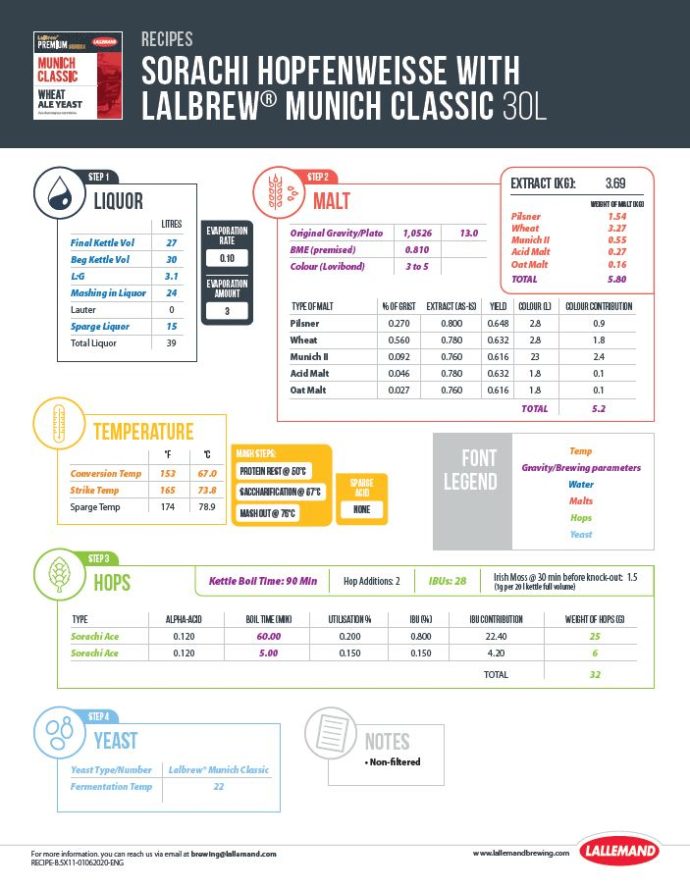 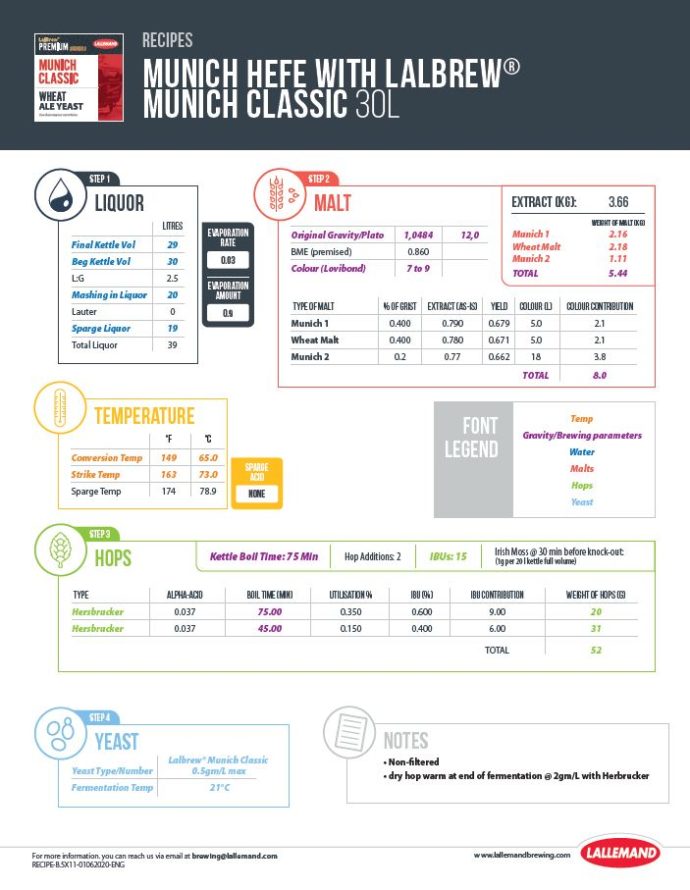